David Levits joined Danella Power Services as Vice President in September of 2021, but his career in the electric utilities industries started much earlier, during a notable chapter in Pennsylvania electric history.

“The Electricity Generation Customer Choice and Competition Act of 1996 changed the face of the energy market,” Levits says, referencing deregulation that gives homeowners and businesses the ability to choose who supplies their electric generation. Overnight, utility companies like the one that hired David early in his career had new competition. “A developer can build a generator, such as a power plant or another generation source, and distribute electricity using existing infrastructure. It forced new processes and new ways of thinking. I was lucky to enter this field as this was becoming a new norm.”

Levits started as a project manager and cost estimator for the utility. “Anytime a new fuel generation source –whether wind turbines, solar fields, gas plants, or upgrades to existing oil plants – entered the scene, I played a role in its interconnection to the electric grid. Things moved quickly and I learned a lot.”

Including the value of leading by example.

I really admired those ahead of me in the company who could be counted on to step into any situation if needed, and who personified integrity, reliability, and true interest in our team.”

After a few years with the utility, Levits accepted a position as an estimating manager for a contractor, ultimately rising to operations manager on the contractor side before joining Danella Power Services earlier this year. He brought those early impressions of strong leadership with him.

“My goal is to invest in our team here at Danella the same way I hope a leader would invest in me: by developing strong professional relationships, earning credibility, getting to know team members’ strengths and motivations, then considering ways to leverage those strengths to benefit them, their fellow employees, and business as a whole,” Levits says. “This is the foundation for an engaging culture that moves business forward.”

Another facet of Levits’ leadership style? Leading through empowering.

“I aim to set everyone up for success but also do my best to move aside so they can succeed. I can always support our team on any matter, from peer checks to administration to project management. But there’s a marked difference between giving clear guidelines and micro-managing. I strive for the former.”

It’s a leadership style he stands by in an industry he loves – and that keeps him on his toes.

“The electric utility industry is ever-evolving, and moves at a fast pace. We need to stay incredibly agile, not only pivoting to meet changing environments as needed, but to meet the dynamics of our teams, our subcontractors, our suppliers. It’s a strategic dance that’s always exciting and new. Every challenge adds a new layer of experience on top of the foundation we’ve rooted.”

In 2022, Levits hopes to play a part in expanding Danella Power Services’ presence within the region and within existing markets, working more often with existing utility customers and attracting new ones, too.

When he’s not at work, David can be found spending time with his wife and young daughter, Vivian, who also keeps him on his toes.

“I’ve got a great team here and am really looking forward to 2022.” 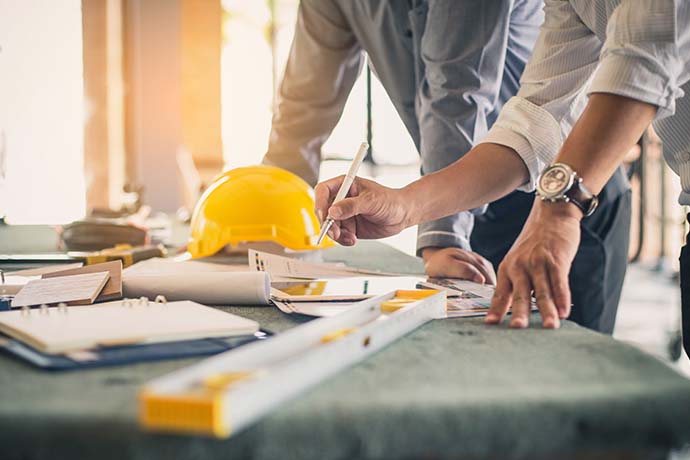