Martin Morfin won’t ask colleagues and reports to do anything he hasn’t done or wouldn’t do. It’s a leadership style he can uphold because he’s done a lot.

“I was so young when I started helping my dad at construction sites, I didn’t even know that people got paid to work,” the newly appointed Vice President of Operations for Danella Power Services of California remembers with a laugh.

The son of Mexican immigrants, Morfin was a construction laborer long before he was a construction executive, running a crew for the small company owned by his dad and uncle by the time he was fifteen years old (and yes, getting paid for it!). His knack for numbers was emerging around the same time, and he began handling books for the business – which led to overseeing all taxes, invoicing, and financial statements. By the time college rolled around, an accounting major felt like a fit.

“My goal was to go to Villanova and learn the right way to do the things I’d been improvising for several years,” he explains. “Then I’d come back and run the family construction business.”

But we all know the saying about the best-laid plans. Morfin was offered an accounting job outside of construction after graduation and accepted it. He never did return to the family business, but did eventually find his way back to construction.

“Four years into my first job, in 2012, I was recruited by a large construction company looking for a compliance manager. In that role, I performed audits, mergers and acquisitions, and financial reviews of smaller companies the business was looking to buy. But it didn’t take long for leadership to realize I understood the field side of the work – for example, how to dig ditches and how to handle construction site cleanup.”

Leadership moved Morfin outside of the corporate office and into business units closer to work site action. Add his Spanish fluency, and he was poised for growth, ultimately rising the ranks to become a director of operations (and earning a master’s degree in accounting along the way). Morfin was with the company for nearly a decade before joining Danella just last month. Today, he is the newly appointed Vice President of Operations for the emerging Danella Power Services of California.

“I am so fortunate to have first-hand experience in the field and in the back office, if you will,” he says, explaining that his big-picture view is especially helpful in making decisions and implementing them in a way that he hopes will benefit all. “It’s why I’m always trying to get my peers and reports to go out and see work being completed. A project manager who’s seen trenching firsthand is far more likely to schedule and budget it realistically, fairly, and optimally.”

He also has his family to thank.

My parents were very hardworking people who started with nothing. They showed me that hard work has financial rewards, yes, but also how it can add value to your life.”

Martin finds value in activities outside of work, too. A former cage fighter, he still trains in MMA, boxing, jiu-jitsu, and Cross Fit in southern California. 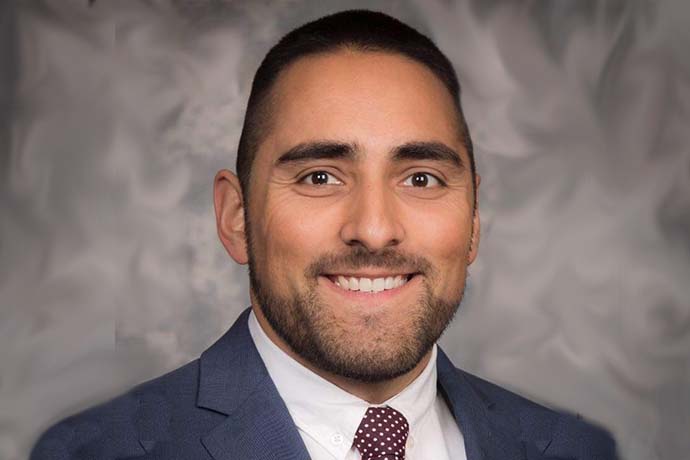