Alzheimer’s: The Early Signs and Symptoms

June is Alzheimer’s awareness month. Though the month may be coming to an end, Alzheimer’s, unfortunately, is not. It is a disease that is increasingly impacting seniors.

The prevalence of the disease is growing. According to the Alzheimer’s Association every 65 seconds, someone in the United States develops Alzheimer’s’ Disease. As of this year, an estimated 5.8 million Americans of all ages are living with Alzheimer’s dementia, the majority are over the age of 65.

What is Alzheimer’s?
As defined by the Alzheimer’s Association, “Alzheimer’s disease is a degenerative brain disease and the most common form of dementia. Dementia is not a specific disease. It’s an overall term that describes a group of symptoms.” Alzheimer’s causes a slow decline in memory, thinking, and cognitive skills. Even though the disease mainly impacts those over the age of 65, Alzheimer’s can also affect those younger. Approximately 200,000 individuals are living with early onset Alzheimer’s.

The disease also seems to impact women more than men and is more prevalent for those of African American and Hispanic descents.

The Ten Early Signs and Symptoms

Many different warning signs and symptoms can identify Alzheimer’s. If you notice any of the following ten items with yourself or a loved one schedule an appointment with your doctor as soon as possible. Diagnosis of the disease early can help control the progression of symptoms.

Not all these symptoms are related to Alzheimer’s and can be related to aging. However, it is essential to be observant of changes, make a note of continued symptoms and speak to a doctor.

The Alzheimer’s Association features a great tour of how the mind usually works versus the disease, interact with the tour by clicking here.

Check out our previous article on exercising the brain to promote healthy brain functions. 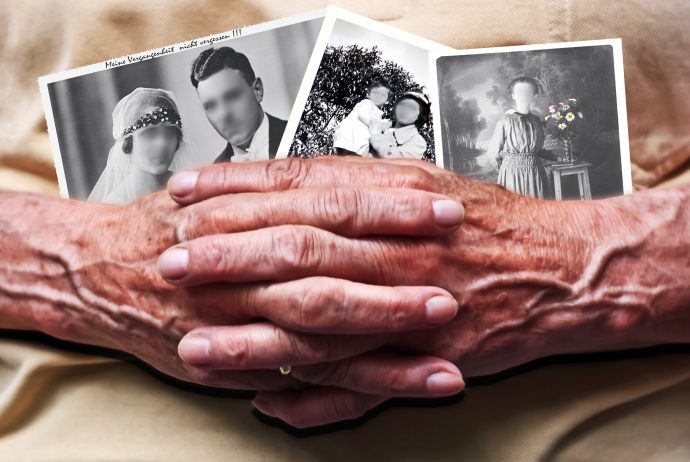 Managing Your Mental Health – and How Danella Can Help Continue Reading
We Make Life Go® We are especially proud that our employees are the best-trained professionals in the field — not just meeting but exceeding today’s requirements through weekly, monthly, and annual training. Reach Out