Breaking the Silence and Ending Suicide in the Construction Industry

As leaders in the construction industry, we all agree that our people are our most important resource. Because we put our people first, the safety of our team is our number one priority. You’re likely already doing a lot to ensure that your men and women stay safe on the job—but there’s a threat to construction industry workers that not many are talking about.

According to a report by the CDC, as reported by the National Safety Council, the construction industry has the second-highest rate of suicide of any industry at 53 out of every 100,000 workers. Only the farming, fishing and forestry industry had a higher rate of suicide, though the construction industry accounts for more total deaths. Losing even one of our team members to suicide is unacceptable, but these statistics represent an epidemic that must be addressed head on.

Why Does the Construction Industry Have Such High Rates of Suicide?

The report by the CDC does not draw any definitive conclusions about why suicide rates are so high in these industries, as more study is needed, but it does suggest a few possible contributing factors. According to the report, possible reasons for high suicide rates among construction industry workers are job-related isolation, stressful work environments, and socioeconomic inequities such as lack of access to health care services.

Other factors could be based on construction industry culture and stigma surrounding mental health issues. It is possible that construction workers struggling with suicidal thoughts may be hesitant to reach out for help, either because they don’t know that help is available, or because they feel that they should deal with their problems alone.

How to Help Your Team Members in the Industry

The first step in addressing the suicide epidemic in the construction industry is to combat the stigma around mental health care. Folks who believe that it is shameful to struggle with their mental health are unlikely to seek the help they need. There also needs to be more training and resources available for leaders in the industry to recognize the signs that someone may be struggling and know what to do about it.

The Construction Financial Management Association has launched an initiative known as the Construction Industry Alliance for Suicide Prevention that aims to do just that. They focus on educating members of the industry on what they can do to combat the problem of suicide; erasing the stigma around seeking help. Those interested can reach out to get more resources and information.

Can Talking About it Make it Worse?

It is a common misconception that talking about suicide can make it more likely that folks will commit suicide—to “put the idea in their heads”, so to speak. However, according to The Crisis Intervention and Suicide Prevention Centre of BC, this is not the case. According to the Crisis Centre, “There is no research evidence that indicates talking to people about suicide, in the context of care, respect, and prevention, increases their risk of suicidal ideation or suicidal behaviors”.

Many folks believe that suicide comes “out of nowhere”, and that it cannot be prevented. However, research indicates that as many as 80% of all victims of suicide made some indication to those close to them that they were struggling with suicidal ideations, but that they were not recognized as cries for help. Education, therefore, is a key component of prevention.

You can learn more by reading the Crisis Centre’s Frequently Asked Questions.

If you or someone you know is struggling with suicidal thoughts, reach out to the National Suicide Prevention Lifeline at 1-800-273-8255.

In addition to the National Suicide Prevention Lifeline, we encourage Danella employees and their families to reach out to Health Advocate, Danella’s Employee Assistance Program (EAP) provider. Health Advocate is available 24/7 to speak about mental health, medical, and financial questions. This benefit is free for all employees. Please call (866) 799-2728 for support. 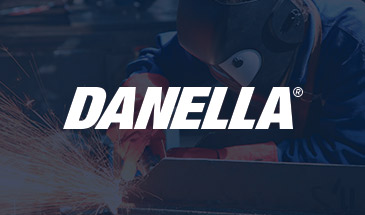 Telecommunications Update Continue Reading
We Make Life Go® We are especially proud that our employees are the best-trained professionals in the field — not just meeting but exceeding today’s requirements through weekly, monthly, and annual training. Reach Out