Since May 5, 1972, Danella has been working to make life go. For over 50 years, Jim Danella, Chairman & CEO, has built Danella Companies, Inc. to include numerous divisions and lines of business. 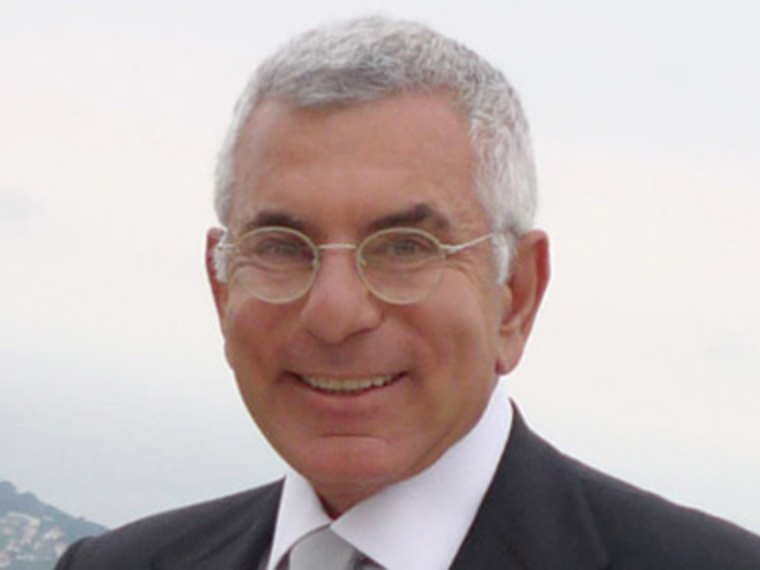 A Thank You From Our CEO and Chairman

On May 5, 1972, the final papers were signed transferring the ownership of a small construction company in Norristown Pennsylvania, T.W. Faulkner, Jr. Inc., to the Danella Companies and our story began.  Unfortunately, the next day was one of the worst days in the 50-year history of Danella, when the majority of Faulkner’s management team literally walked out the door. Not to be discouraged, the remaining team and those we added over the years proceeded to build Danella into a top 10 leader within the infrastructure construction field and a provider of the highest quality rentals.

As the company celebrates 50 years today, it is a time for celebration but also reflection on what we have all accomplished and what the future holds. I am only a ‘construction guy’ leading an organization in an industry of thousands, but every day I am amazed that we have grown over the years from one small office/yard to having a rental footprint in each of the 50 states, construction in 15 states and over 1,800 employees across the country. This kind of success does not just happen, it is the result of tireless hard work, dedication, and the loyalty of every Danella team member, past and present, that makes Danella what it is today. I want to express my heartfelt appreciation for everyone who has contributed to the success of Danella in the past 50 years.

By valuing people, safety, and integrity in all Danella’s work, the company has become an industry leader in the utility, transit, and railroad industries, as well as storm restoration and equipment rentals.

Looking Back on a Prominent Past 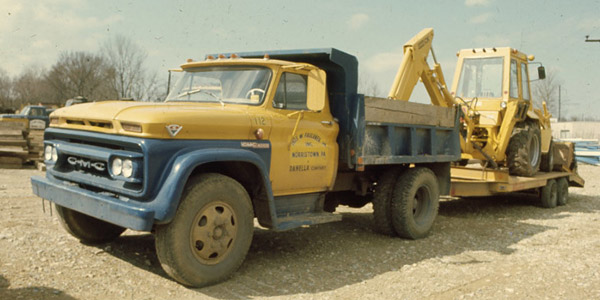 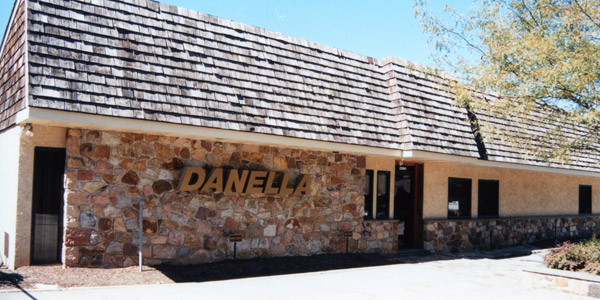 The breakthrough contract came in 1977 when Danella won the coveted Bell Telephone maintenance contract for Philadelphia, and parts of Bucks and Chester Counties. The industry was moving and booming, and soon the company grew to include not only communications and electric work, but also gas, water, and steam.

On March 1, 1978, T.W. Faulkner became the Danella Construction Corporation. The name was to reflect the growth in geography, revenue, and reputation that the company was undergoing. Jim Danella wanted this to reflect not on the old company and employees, but the current.

The year 1979 marked the beginning of what would become years of growth. For the next ten years, more than ten different businesses were formed, including entities in New Jersey, New York, Ohio, and Florida. The offices were supported by a unique group of ambitious young project managers dubbed the “Traveling Warriors.” Many of these offices remain in operation today, continuing to work with long-time customers on replacing aging infrastructure. 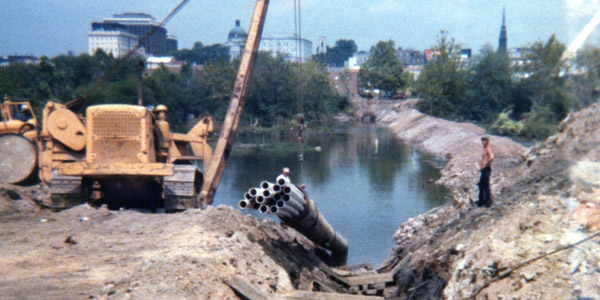 In 1983 Danella acquired Counties Construction and Engineering Company with offices in Philadelphia, Delaware, and New Jersey. Many long-time Counties employees joined Danella rising into leadership positions within the organization. In the history of Danella Companies, this acquisition was the only one. Currently, we see growth through pursuing new business contracts organically, not through acquisitions.

As Danella continued to expand its geographic footprint in construction, an opportunity in equipment and truck rentals opened in 1984. During the winters when business slowed, Danella would rent equipment to the rail industry. In 1986 it became apparent that there was a real business in the rentals industry, and so began the highly successful Danella Rental Systems, Inc., offering high-quality truck, equipment, and hi-rail rentals, in addition to on track construction equipment. Offering customer service to railroads, transit authorities, utilities, and construction companies. 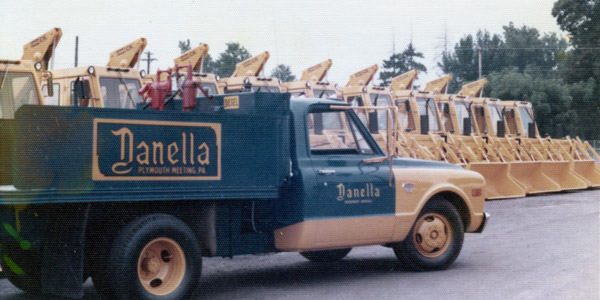 In addition to rentals, during the 1980s a boom in the telecommunication industry was happening. Millions of feet of fiber optic lines were being run and poles being set for both residential and commercial customers. In 1985 Danella Line Services, Inc. began work, and two years later after great success split from Danella Construction to become its own division. The company soon moved into the Conshohocken Road Facility in Norristown as they outgrew the yard at 2290 Butler. The division continued to grow throughout the 1990s during the dot.com boom and into the 2000s updating outdated telecommunication technology. Since then the division has worked in over eleven states, and for over twenty-six large communication customers. 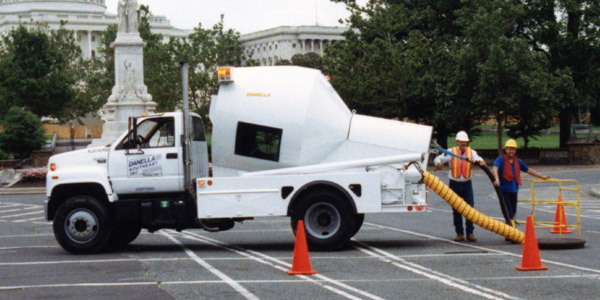 By 2001, Danella had outgrown its previous headquarters, and as a result, a new headquarters building was built at 2290 Butler Pike. Danella also responded to the World Trade Center during the early-2000s to restore infrastructure services after the attack and assisted in the infrastructure for the Freedom Tower. Divisions continued to be added and in 2007, “Pride in Everything We Do.®” was officially trademarked and became Danella’s mantra. 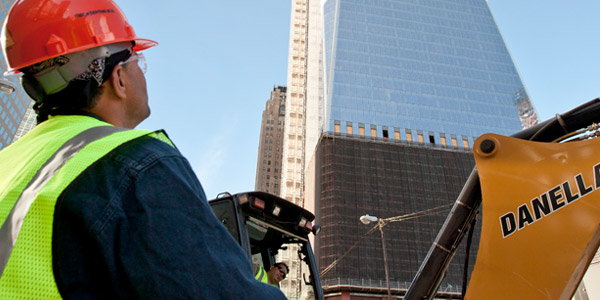 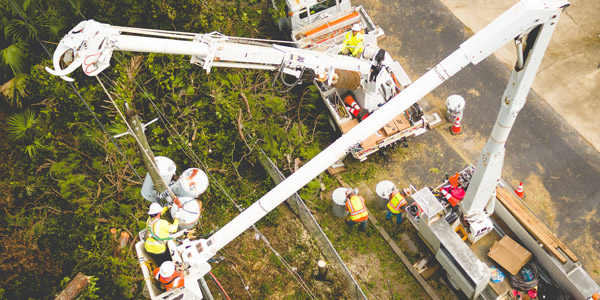 Looking Forward to Another 50 Years The future success of Danella Companies is limitless. With opportunities constantly evolving as our country’s aging infrastructure continues to need repair or replacement, Danella will continue to stand at the forefront of the industry dedicated to safety, quality, and performance with Pride in Everything We Do.